Refracted Theatre Company invites you to an audio-immersive theatrical experience for one.

While live performance is still restricted, Refracted Theatre Company is finding a way to transform the space around you in a way that only theatre can.

Refracted Theatre Company makes theatre that disrupts socially accepted narratives by illuminating another side of the story. Refracted puts accepted norms through the prism of theatrical storytelling to reveal a spectrum of colorful complexity.

After having to postpone the rest of their inaugural season, Refracted Theatre Company is responding to the coronavirus pandemic with a brand-new initiative. Their goal is to listen, adapt, and disrupt in order to best serve their community in a time of crisis.

Introducing “The Swell”, an audio-immersive theatrical experience for one. All of the actors involved in “Act” (Episode) One, have agreed to allow Refracted Theatre Company to make a donation in their name to an organization of their choosing, supporting the Black Lives Matter Movement, which advocates for the safety and wellness of the Black community.

Each Act of The Swell will feature work of commissioned playwrights who have created plays in which the action can only happen by way of the dialogue or the soundscape. The Swell is a sound-dive into a play, where the carefully curated sound effects, music and dialogue take you deeper into the world. As a means of transcending space, Refracted invites you, the audience, to be in charge of creating the “set” of your own immersive experience. The playwrights have assigned a location at which to enjoy their play or an activity to do while enjoying their play. The audience has full reign over the depth of their submersion, deciding when, or if, to come up for air. The Swell launches July 23 on the following platforms:

ACT I: A Stream Nearby and a Baseball Diamond

Refracted Theatre Company launched in November 2019 and was started by Co-Founders and Co-Artistic Directors Graham Miller and Tova Wolff. Both theatre directors, Graham and Tova met at the 2017 Directors Lab Chicago, an invitation-only directors’ think-tank and practicum. Like clockwork, they fell “in love” with each other on day one, as both friends and artistic professionals.

While their friendship grew, they directed projects that dealt with public perceptions of historical icons/villains (depending on who you ask) and how the polarization of public opinion had shaped these real-life characters as human beings. They realized that their mutual interest in “the untold stories”—surrounding issues of feminism, queerness, identity, and family—was a ripe foundation on which to build a company.

Graham and Tova worked together to assemble a team of up-and-coming professionals, all either theatre artists in their own right or deeply involved theatre-lovers, who work boldly and tirelessly to bring the team’s collective artistic vision to fruition. They are proud to run a company that prioritizes the representation, inclusion, and/or hire of any and all minorities that are underserved, underrepresented or misrepresented. Refracted is a company that produces stories that promote an empathic and full conversation around oppression and representation.

It is an emotional and mental fitness center. Refracted Theatre Company is actively challenging the audience to learn to engage with one another as sharper, more empathic citizens of the human race.

PREVIOUSLY: Refracted Salon – A Celebration of Artists and Perspectives

Hosted by Artistic Directors Tova Wolff and Graham Miller, Refracted’s inaugural fundraiser was a special evening of fabulous performances followed by a live debate in honor of our commitment to promoting connection through diverse conversation. Featuring some of New York’s brightest & sharpest talent, the “acts” were followed by chosen debaters to verbally “duke it out” over topics ranging from frothy to meaty. Followed by more music, dancing, and drinking, this was certainly a night to remember!

Be A Good Little Widow (A Stage Reading)

When her husband Craig dies suddenly, Melody is indoctrinated into the rules and regulations of what it means to be a proper (capital w) Widow. Part dream, part waking-nightmare, this delightfully dark comedy dances through the music of Melody’s memories as it explores what we allow others, and ourselves, to feel in the wake of a complicated loss.

Written by: Matt Minnicino
Co-developed and Directed by: Graham Miller

Things aren’t great. The oceans are rising. Venice has been underwater since 2029. And, worst of all, Liv Raines has to sell her family’s orchard upstate — her family’s famous orchard. But it’s fine! She’s going to save the orchard, save her family, save herself, and maybe save the world too (or at least try). A future-tinted explosion of Anton Chekhov’s heartrending + gutbusting social satire for 2020 about generations, greenhouse gases, class, hope, and how we reckon with the inevitable.

In the final hours of the 2005 Israeli disengagement from the Gaza Strip, an American settler and her zealot son must confront their ideals as they are forced out by their own army. Before long, their little greenhouse in the middle of the desert becomes a battlefield for coexistence. In a war of heritage and home, are you David or are you Goliath? 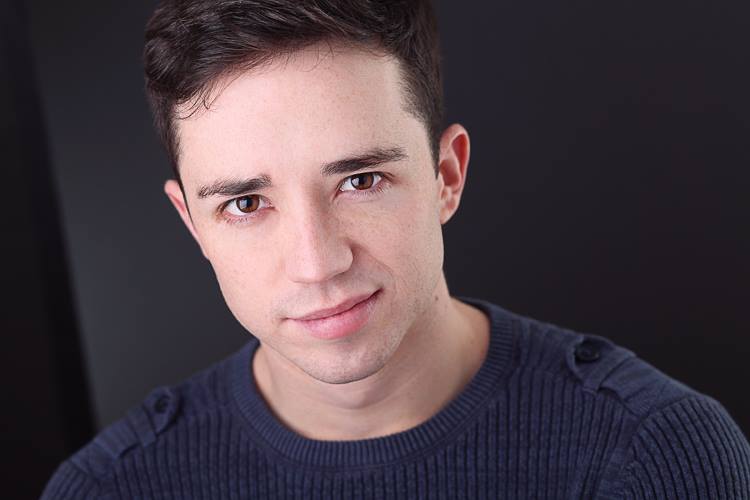 TOVA WOLFF (Director): Tova is a director and producer working in New York and Chicago. She is Co-Artistic Director of Refracted Theatre Company. Select directing credits include: The King’s Speech (Associate Director, Chicago Shakespeare Theater & The National Theatre-DC), Monica: This Play Is Not About Monica Lewinsky (59E59 Theaters & Edinburgh Fringe Festival), A Bad Night (The Frontier), Fade (Assistant Director, Victory Gardens), Bachelorette (Walkerspace/Soho Rep.), Security! (Secret Theater), Still Rising (The Tank). In 2016 Tova won Best Director in the Midtown International Theatre Festival for her production of Between Men. She was a participant in the Chicago Director’s Lab in 2017 and a 2017/2018 Directing Fellow at Victory Gardens Theater in Chicago. Currently, Tova is the Associate Director for the National Tour of The King’s Speech.

Dylan Guerra Is a gay Latinx New York City-based artist originally from Miami, Florida.  You can catch his live true crime podcast “Find Him” periodically at Ars Nova. He has been a finalist for The Emerging Writers Group at The Public Theater, NBC Universal’s Writers on the Verge Program, The MTC Directing Fellowship, The Drama League Hangar Directing Fellowship, and a semifinalist for the Sundance Episodic Television Writers Program. BFA: Southern Methodist University. He is a proud member of EST’s Youngblood and Ars Nova’s Playgroup.

Described by the New York Times as “wonderfully real and raw,” Liba Vaynberg is a first generation American writer and actor. Bilingual in English and Russian, she studied Molecular Biology & International Studies at Yale. She is the recipient of the inaugural commission at Rattlestick with CBE as well as the LABA 14STY Humor 2019-2020 Fellowship. Her play Round Table premiered at 59E59 (Times Square Chronicles 10 Best Plays of 2019) after development with Fault Line Theater’s IRONS IN THE FIRE. Other plays include Scheiss Book which premiered at the United Solo Festival at Theatre Row where it won Best One-Woman Show as well as the Backstage Magazine Audience Choice Award. Scheiss Book was reprised by Dixon Place, Wild Project (with Wheelhouse Theater Project) and Stonewall Inn. She is currently collaborating with Dina Vovsi on a new commission about the Brighton Beach Community through the Five Boroughs 1 City Initiative with Working Theater. Her play The Oxford Comma received an educational premiere at Xavier University. Her play with Emily Louise Perkins, The Russian & The Jew was the recipient of a COJECO BluePrint Fellowship and was produced by the Tank. She has been published by the LABA Journal as well as Lilith and writes sketch with her partner Allison Minick with Main Wench. As a performer, she has recurred on New Amsterdam (NBC), Madam Secretary (CBS) and has appeared on Billy & Billie (DirecTV) and The Deuce (HBO). Performance highlights include Annie Blumberg in the PBS broadcast of The Soap Myth opposite Ed Asner, Black Milk at Classic Stage Company, Bekah Brunstetter’s Oregon Trail at the Women’s Project, Novaya Zemlya at HERE, and Golem of Havana at La Mama. Television includes New Amsterdam, The Deuce, The Plot Against America. Regionally, she has worked at Yale, Williamstown Theater Festival, La Jolla Playhouse, Hartford Stage, Contemporary American Theatre Festival, Huntington Theatre, Penguin Rep and Miami New Drama. She is represented by Paradigm Talent Agency and Cyd LeVin Associates.

For details go to: www.refractedco.com