In my somewhat limited experience of being a patron of the arts, I find that when I traverse off the beaten path and into the woods of…let’s call it indie theatre, things tend to go one of two ways. The work is either pure magic, or…not so much. I’m pleased to say that Dirty Laundry Theaters debut play Borders falls squarely into the former. 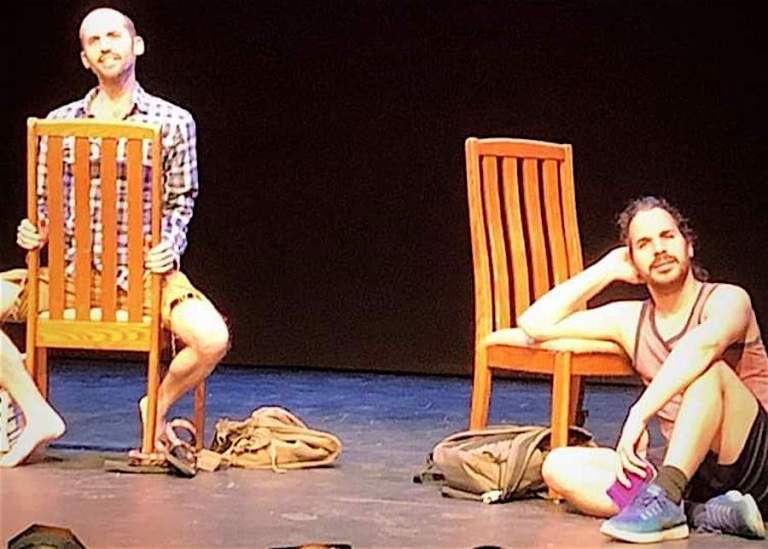 To say the play was moving would be severely understating the case. Where to begin? The two leads were written how real people would behave, and the viewer has little choice but to become attached to them. I felt like I knew them well by the end, with each of them having their own quirks and mannerisms and fashion senses to hone in on. It’s impossible not to become invested in their lives. This review will be spoiler free so I’ll refrain from detailing the specific emotions I felt as I watched their individual stories dovetail with each other, but suffice to say I had a lot of feelings over the course of 45 minutes.

The actors themselves inhabited their roles and gave their characters life so fully and competently. I’ve been wondering how things worked out for Boaz and George ever since I saw the play. That’s a testament not only to the strength of only the script, but to the performers themselves.

If you slept on seeing Borders, it’s time to wake up.

Dirty Laundry Theater Company’s inaugural play, Borders, manages to tell a farther reaching tale than its short run time of 45 minutes suggests. Within minutes of the curtain rising, the audience is endeared towards the two central characters, Boaz and George, in their journey to form a connection despite living on different sides of an impassible border. The two meet on Grindr and realize that despite living only 20 kilometers apart, one is in Israel and other in Lebanon. The audience follows George and Boaz as they discover whether the only borders keeping them apart are physical.

The exceptionally talented actors and the raw, authentic script, not distracted by the pomp of a larger stage, bring the characters to life in a way that leaves the viewer very much invested in the outcome of the characters’ journey. Borders’s only shortfall was the short length of its run. With luck, Borders will return to the stage to leave a new class of viewers charmed and possibly wondering if the AC blew a speck of dust in their eyes.